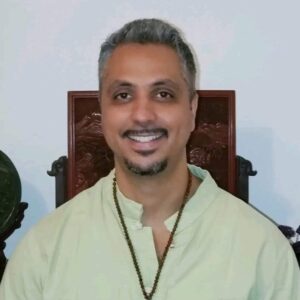 Several years ago, I lost my voice while working a stressful job as a bill collector. I was diagnosed with chronic laryngitis, and was prescribed antibiotics. A month passed, I admitted myself to the emergency room as the symptoms had not cleared. I was prescribed antibiotics a second time after being released. After two additional months, I partially regained my voice, and still felt lightheaded and weak. At this point, I became worried and desperate, so I drove to NY Chinatown in search for an Acupuncturist. I found one on Mott St. and met with an elderly Asian man in his 80s. He did not speak English, but had an interpreter. The man checked my throat, tongue, pulse, and asked me several questions about my current and past emotional state of mind. The interpreter made it clear to me that he was upset that the antibiotics didn’t work, since the diagnosis was clear. After two Acupuncture treatments, my symptoms cleared in about 5 days and regained my voice entirely! This experience marked the beginning, as it sparked my lifelong passion of wanting to study Acupuncture and Oriental medicine.[/promo]

I have been fortunate enough to have been trained by highly skilled teachers including world renowned Japanese style Acupuncturist, Master Kiiko Matsumoto.. Harvard University Medical School and the Department of Medicine at the Brigham and Women’s Hospital teaches continuing education courses for physicians in Kiiko Style Japanese Acupuncture. I have been equally inspired by the teachings of Master Jeffrey Yuen, world renowned classical Chinese Medicine luminary and instructor.

In treating patients, a strong emphasis is based on the integration of Chinese and Kiiko Japanese Acupuncture, and by integrating Eastern and Western medical views of health and disease. This comprehensive paradigm allows for a high-level system in finding the root-cause of a patient’s chief complaint, and in maximizing efforts in overall health and wellness.

It all started with my training in the internal style of Chinese Kung Fu called Shing-Yi Chuan, at the age of 13. Kung Fu’s literal translation is to achieve any skill by working hard. The Mountain symbolizes immovable foundation representing my strong and rooted foundation in my lifelong training in the Kung Fu system’s of Shing-Yi Chuan, Acupuncture, and Oriental medicine. I also find the mountain to symbolize a place to go to find peace and harmony, to find a solitary place to train or to heal in health. Training to fight, mastering a new job function, or creating or maintaining health should all be emphasized in everyone. In my professional experience, attention is not placed in overall health, nearly the same as one commits oneself at work, per say.

Jade is a cool (in internal temperature and to the touch) balancing stone I use as a tool in an adjunct treatment method called Gua-Sha, often performed in along with Acupuncture treatment. Jade is a complex mineral composition in which properties can help the human body find homeostasis (balance), such as helping to clear heat from a fever during a time of sickness. Jade Mountain Acupuncture, I find to be the perfect representation of a safe haven clinic for wellness.

I have dedicated myself to the martial art style of Shing-YI Chuan, literally translated as Mind (intent) and Body style of fighting. One of the oldest systems in Chinese martial arts, Shing-Yi is based on a 12 animal fighting system and a Five Elements style of Chinese boxing. The Five Elements of Shing-YI Chuan was strongly influenced by Classical Oriental Medicine, as I use this same theory as a paradigm in diagnosing and treating patients. The training regimen was taught to me interchangeably with another Chinese martial art called Bagua Zhang. Both styles were taught to me as one complete system, brought to the United States by the late, master Kenny Gong. Bagua Zhang (Eight Trigrams boxing) was also influenced by Classical Oriental Medicine during its development. This complete system of training acts as my foundation, as training to heal patients from their imbalances is the highest level of Kung Fu training, in my sincere opinion. The acupuncture needle is an extension of my intention while treating a patient, in the same understanding that a sword is used as an extension of a fighter intent to promote the desired effect in fighting an opponent (a potential patient, Lol!).

“A healer does not heal you. A healer is someone who holds space for you while you awaken your inner healer, so that you may heal yourself”Maryam Hasnaa