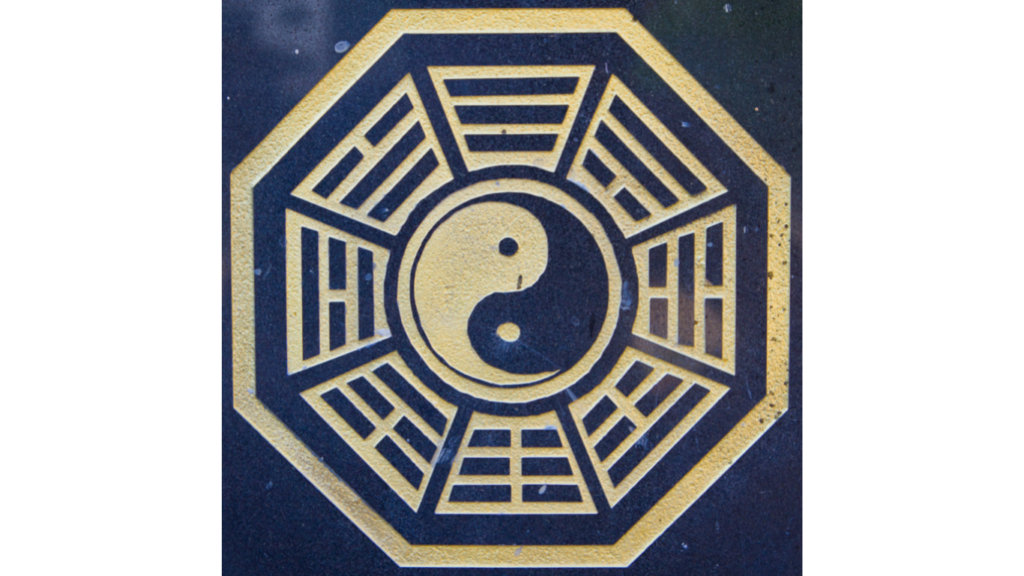 Bagua in literal translation means eight trigrams, used in Daoist cosmology to represent the fundamental principles of reality between heaven and the universe or heaven and earth (in later years). The principle is the universe is ever-evolving and ever-changing. It also describes how living beings in our world interact with and is influenced by time and matter. Bagua also describes the cycle of movement that allows progress. Bagua has many roots strongly influencing and used in Chinese Astrology, Chinese Divination, Traditional Chinese Medicine, Acupuncture, Feng Shui, Architecture, and for this topic, Kung Fu and Qigong.

The art of Bagua circle walking dates back hundreds of years, prior to Dong Haichuan. Daoists would walk in circles as a form of meditation. They would walk a circle slowly and methodically holding natural body movements (similar to holding a mudra) in a relaxed state of consciousness. 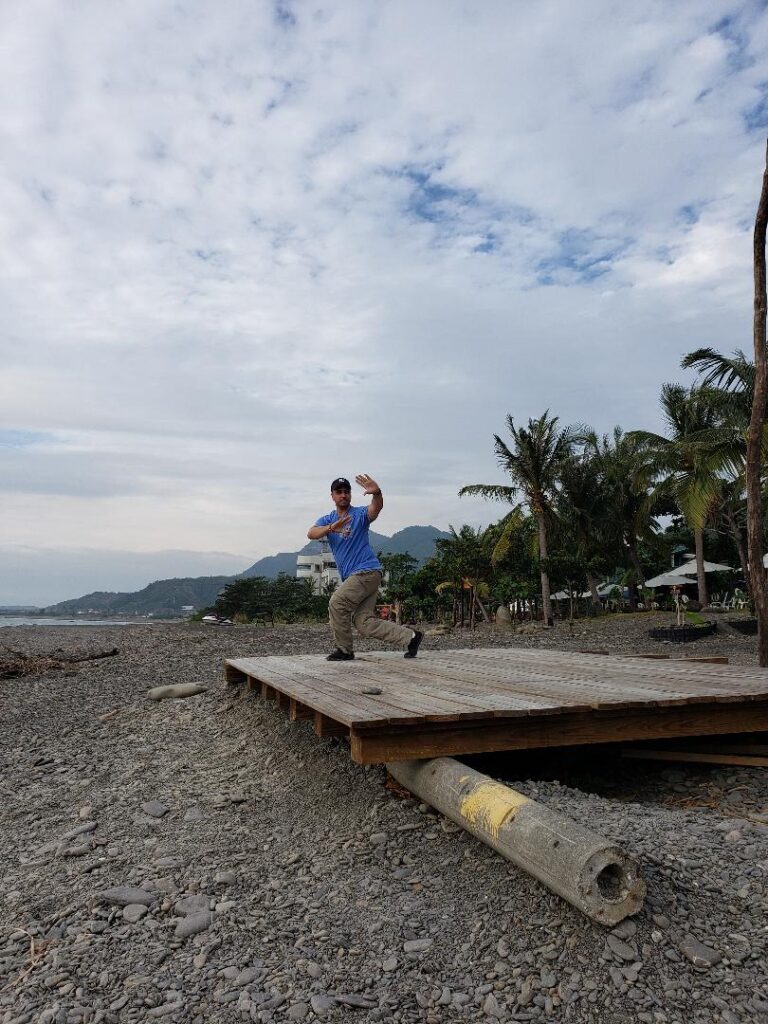 There are many different styles and methods of circle walking. Variations include walking a forward or backward circle, rotating and alternating directions with varying speeds. Walking varies from very slow to brisk and rapid, and even explosive. Body postures range from an upright walking position (called upper basin training) to a low body squat (called lower basin training). One can walk a circle anywhere. I personally prefer walking around a tree. Changing surfaces are strongly encouraged to regulate and strengthen the sensory-motor system and the brain and body connection (the body’s sensory and motor system). Surfaces commonly include, even, non-even, dirt, sand. In higher levels, one practices walking on different sides of bricks. 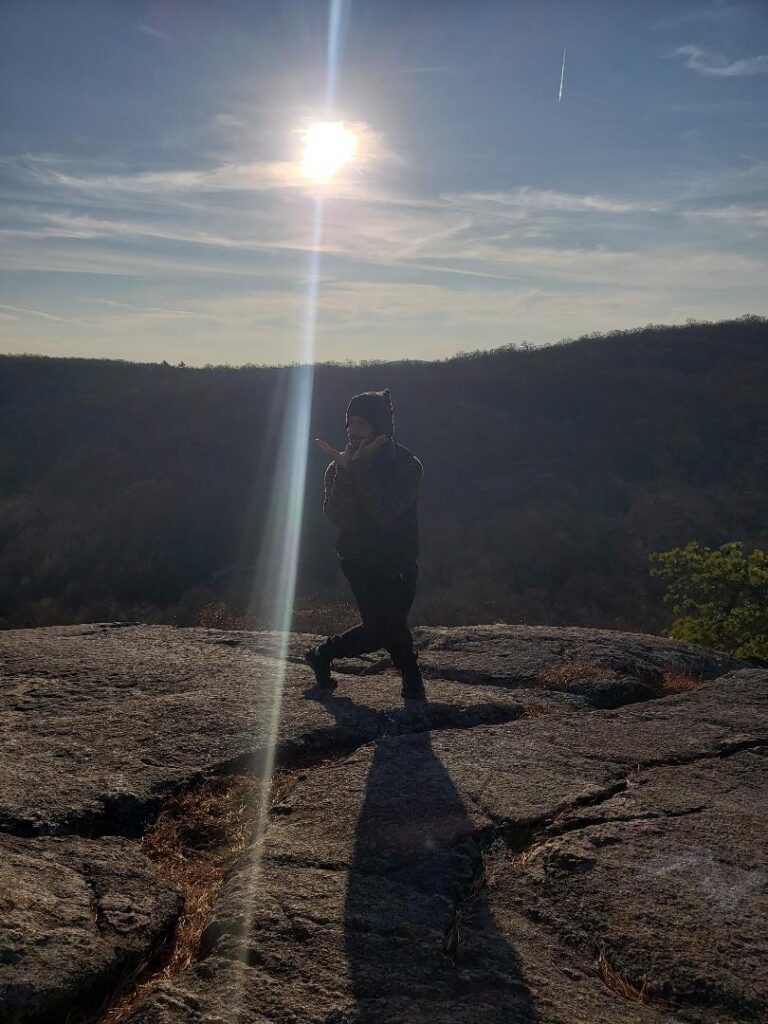 In our circle walking class

In our walking meditation class, we walk the circle holding 8 different postures (mudras of activation), collectively called the “old eight mother palms.” These eight different postures you hold while walking around a circle in both directions. Each posture held, activates and potentiates your body and your body’s design in regulating, harmonizing your Qi. Achieving stillness between your mind and your emotional soul, while in continuous movement is the core of this meditation.

We will walk holding one of the eight palms, until all are learned, facing each other opposite sides of the circle. Once all eight mother palms are learned in practice, then one class setting will include all eight. Each additional class, advancing and evolving from this moving meditation and skill.